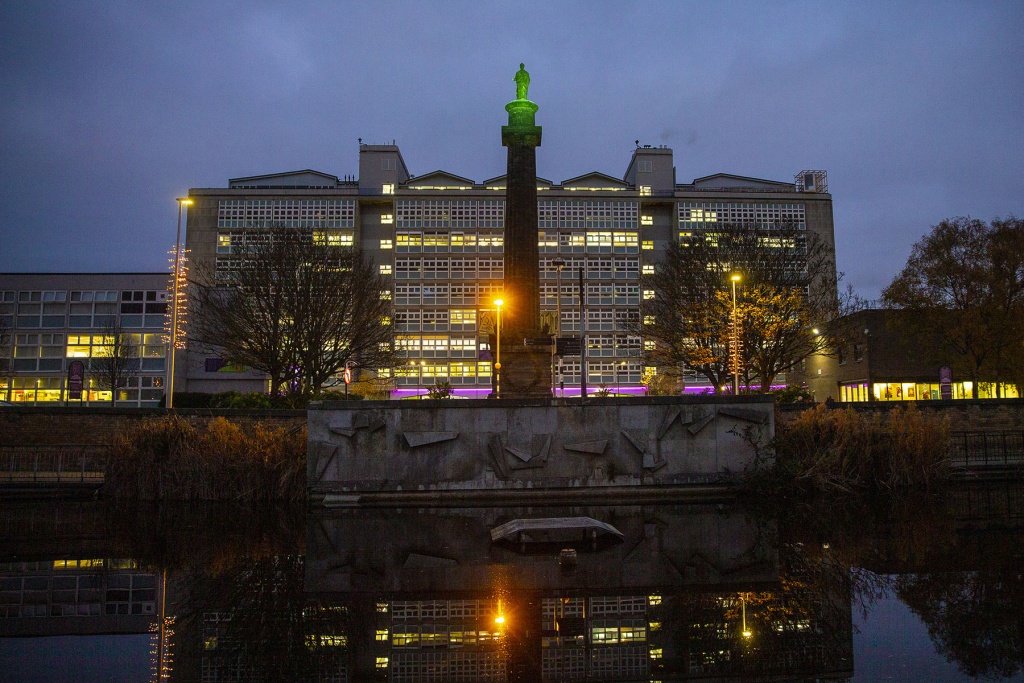 The Wilberforce Monument, a statue dedicated to leading 18th / 19th century politician, philanthropist and anti-slavery campaigner, William Wilberforce, which stands on a 31 metre (102 ft) high Doric column in the grounds of Hull College in the UK … has recently been re-lit using Anolis ArcPar 150 Zoom LED fixtures.

The Monument – which is Grade II Listed and near to Wilberforce’s birthplace – was previously lit, but a more robust and weatherised colour-changing LED solution that would offer sustainable, cost-effective, and flexible options was needed.

It was important that the new lighting could be integrated and co-ordinated with other building illuminations for special occasions, and the brief also stipulated that the new fixtures must utilise two existing lighting poles already installed across a pond 65 metres away, providing the requisite height.

Graham has worked as a project manager at HPSS for eight years and the company already has several Robe products in its rental stock which are in constant use for shows, events, and festivals. When asked to light the Monument, “it made complete sense,” stated Graham, to “automatically” look at architectural ‘sister’ brand Anolis, having had had such a great and consistent experience with Robe over the years.

He recalls a visit to the Robe factory in the Czech Republic where guests were shown the Anolis production, “and sure enough, all the same quality of planning, engineering and detail goes into the Anolis side of the business,” he stated.

This, plus the great experience with Robe, cemented his decision to go with Anolis.

The first was high output to throw the 65-metre distance between the poles and the Monument. In fact, it transpired that the concentrated 1600 lumen output of a single ArcPar 150 was similar to that of four of the previous fixtures combined!

The Monument is sculpted from dark grey stone which significantly absorbs light, and so intensity was also crucial as – especially in the deeper and richer colours – needed to register and radiate all around.

Equally critical was the beam angle which had to be capable of extremely accurate and narrow focusing and concentration to avoid spillage onto the surrounding Hull College buildings, keeping the emphasis on the elegance of the column and the statue on top!

The ArcPar 150 beam angle, reducible to 3.8 degrees, worked brilliantly for this!

The fixtures also had to be DMX-controllable for hooking into both the existing local Pharos controller and a central Avolites TitanNet Processor (TNP) which HPSS uses for running city-wide lighting events. Utilising DMX over Art-Net, and a Luminex system for wireless transmission. Lighting control is switched from all the local Pharos units to the TNP controller located in Hull Guildhall with excellent roof access for the wireless DMX signals!

The new fixtures also needed to be light in weight, so the 8kg ArcPar 150 is perfect for securing to poles, lamp posts and other structures and street furniture.

Anolis supplied the units coated in a RAL 9001 graphite black paint finish to blend in with the column and the masts on which they are rigged.

All the installation work was completed by HPSS.

Graham hails the versatility of the Anolis installation already, recalling “The Kraken” a popular and fun public art project created by Hull Maritime this summer where nine giant Kraken sea monster tentacles appeared, disappeared, and were followed around the town over a weekend. These needed lighting at various points and the new ArcPar 150s proved perfect for creating the murky teal / steel / cyan and green ripple effect matching the deep-sea theme of the event.

The work of Wilberforce and other historical abolitionists has come sharply back into touch over the last year as the Black Lives Matter movement has gained momentum and presence worldwide to bring awareness, justice, healing, and freedom to Black people across the globe, making this new lighting installation even more significant. 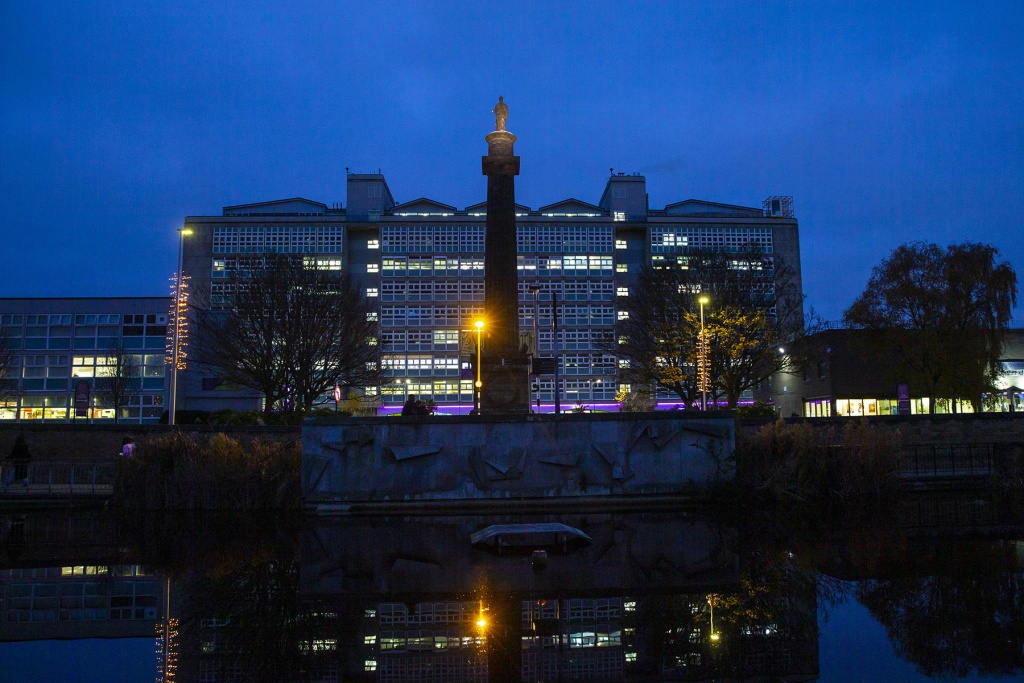 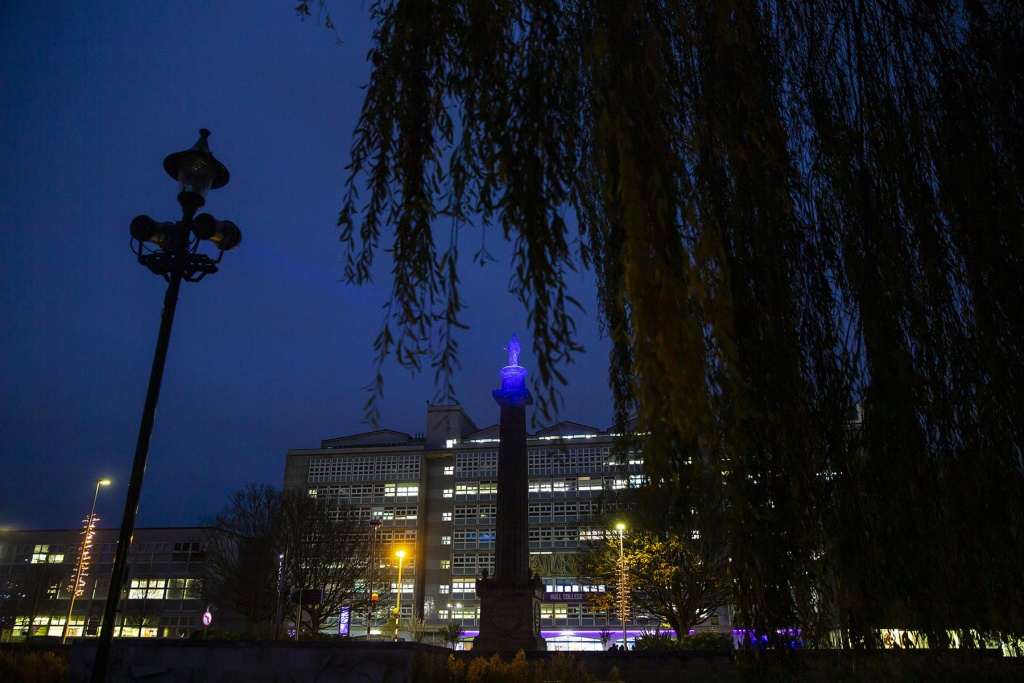 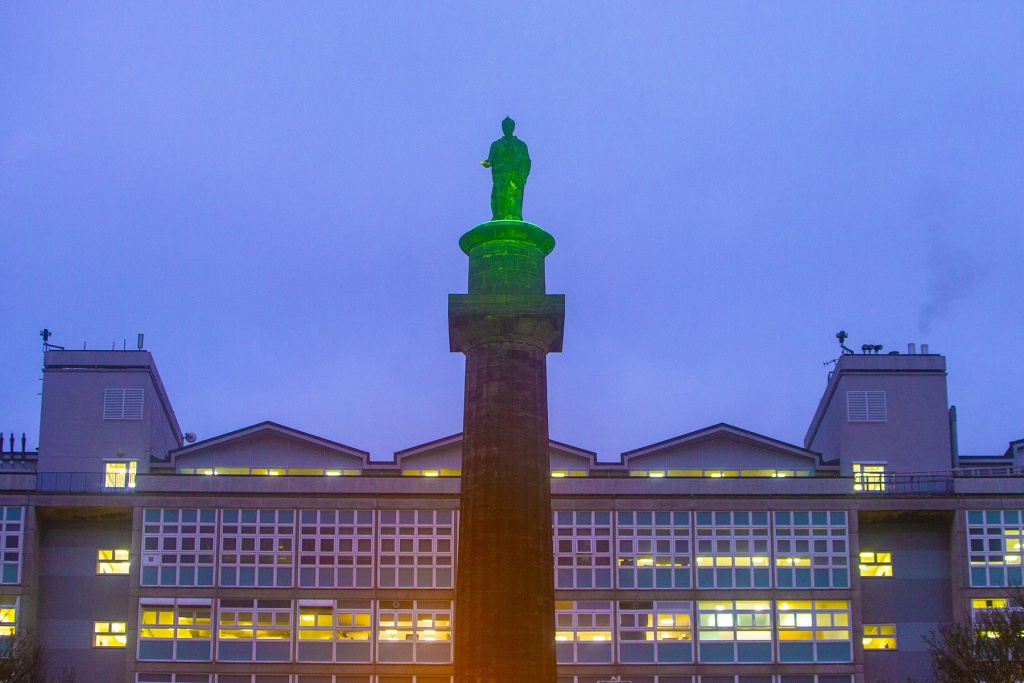 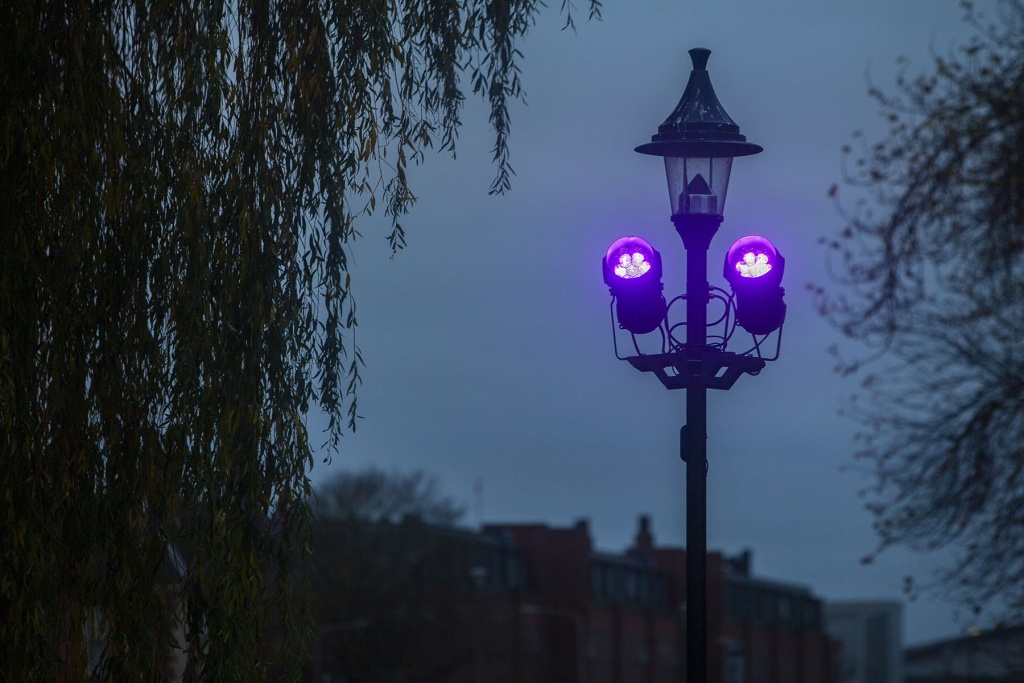 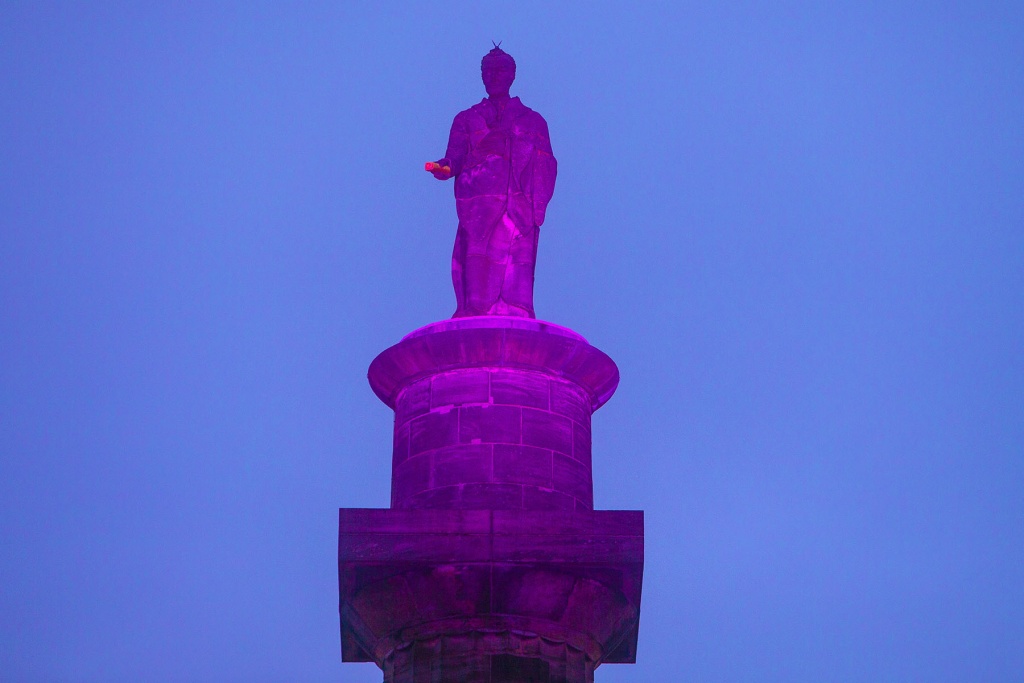 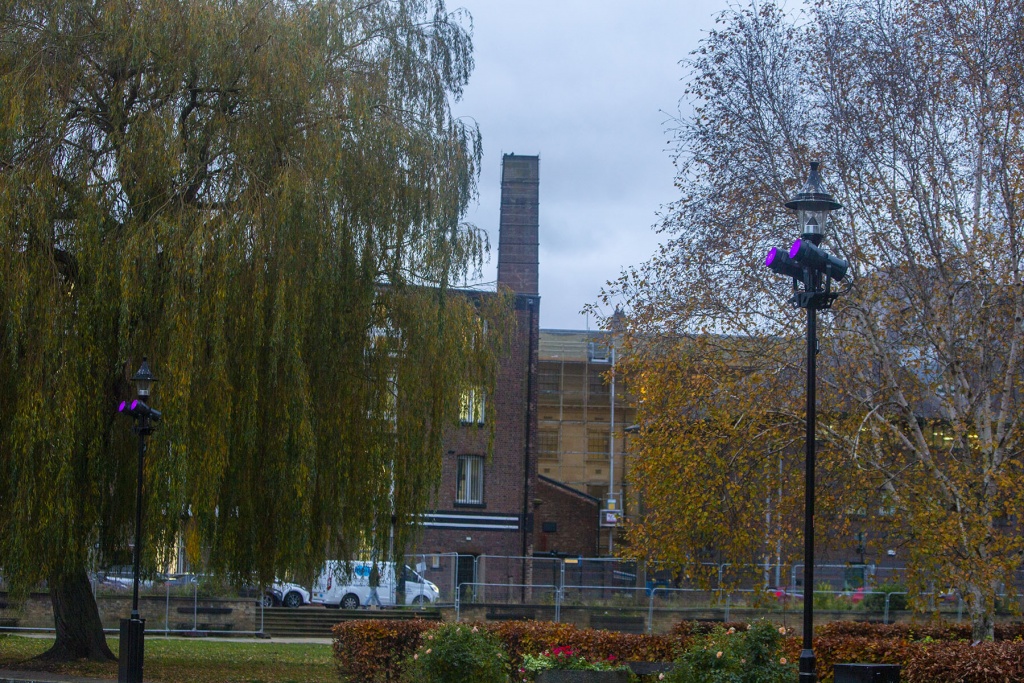