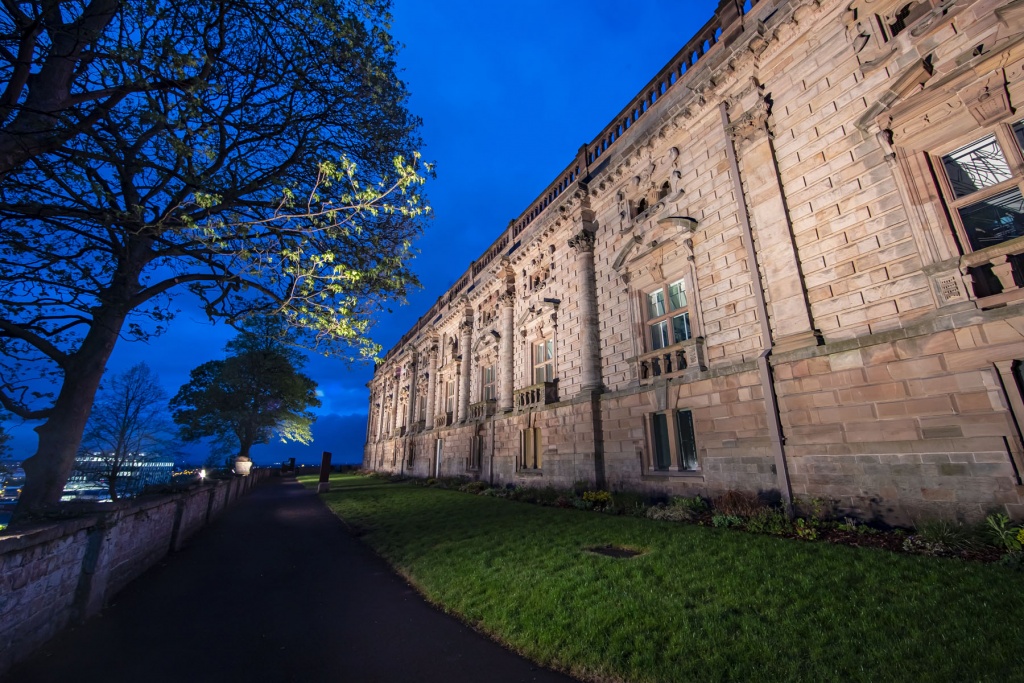 The UK’s landmark Nottingham Castle reopens in June following a £30 million refurbishment which started in 2018. Part of the new look is a stylish Anolis exterior LED lighting scheme illuminating all four sides of the building, comprising 17 x Anolis Divine 160 fixtures which was designed by Ian Forrow of IJF Lighting and commissioned by On Event Production from Castle Donnington.  Electrical installation and fixtures were supplied by Amptron Electrical Services Ltd who were the appointed electrical contractor for the whole project which included the external lighting.

The original fortified castle dates to Medieval times but that structure was largely demolished by the mid-17th century, with a mansion built on the site in the 1670s by the first and second Dukes of Newcastle. This was burnt down by rioters in 1831 and rebuilt in the 1870s to house an art gallery and museum which remains today. It occupies a commanding position at the top of a 40-metre-high bluff known as ‘Castle Rock’ and has stunning panoramic views across the south of the city below. 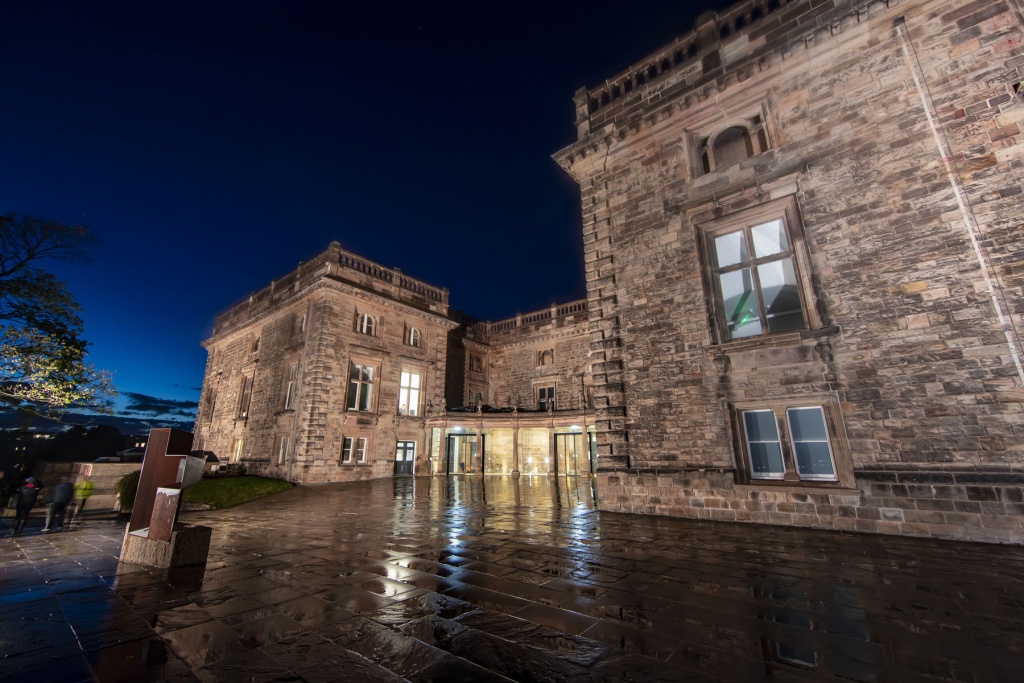 On Event Production is the technical supplier for the local council’s city hall building, Nottingham Council House, and was asked to consult on renewing the Castle lighting by Richard Hamblin, who has co-ordinated and run the Nottingham Castle renovation project for the City Council.  On Event’s own project manager Alex Tweedie explained that the brief from Richard was to replace the old metal halide lighting scheme with something that was brighter, more energy-efficient, better quality and that would be infinitely more flexible when the Castle was in use for assorted public and private events.

Anolis was successful in being selected as the lighting provider, so Alex consulted Simon Gooding from Anolis, who both conducted a site visit which was challenging as the entire building was shrouded in scaffolding at the time due to the restoration works! However, they were still able to get a good enough idea of the scope and requirements, and this resulted in the specification of the Divine 160s.

The fixtures were selected for their size, quality of output, coverage, colour mixing – the RGBW light engine of the Divine 160s ensures a great spectrum of colours, from the richest saturates to the most delicate pastels – and reliability. Also, they fitted in the budget and have a five-year warranty. They are installed in new lighting positions, some similar in location to the previous lights around the four facades of the building.

The zoning capabilities of the Divines were perfect for what the Castle wanted in terms of adaptability for special events and functions … it means that the building can be instantly transformed into alternative colours or colour schemes as the units can be run in four separate zones if needed.  Each Divine is fitted with a cowl to reduce light spill into the sky and surrounding area.

Everyone liked the possibility of the Castle being transformed to support different events and occasions.  Clever positioning was needed to maximise the coverage offered by the 17 x Divine 160s which are all in close range to the building. They cover its substantial dimensions smoothly and evenly, and once illuminated it stands out like a beacon on the hill from many miles away! 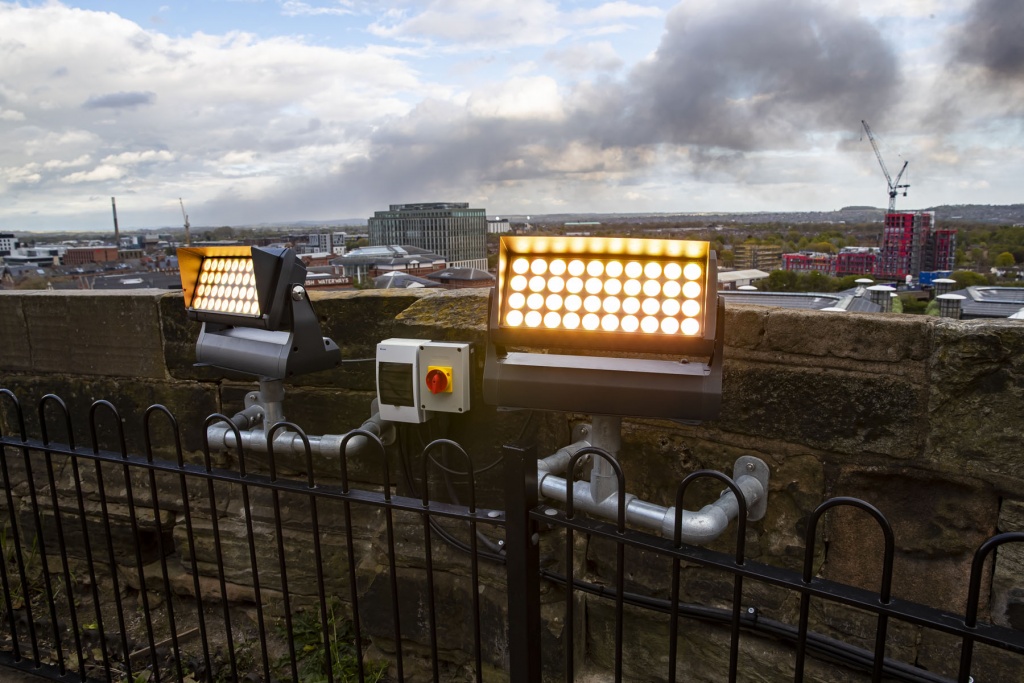 Custom optics were needed for some Divine units to ensure the best coverage, especially those on the north side façade where the fixtures lighting the main wall are positioned on the roof of a lower section of the building.  Anolis was “very obliging” in making this happen commented Alex, adding that the Czech Republic-based manufacturer was generally “fantastic” to work with “and prepared to invest in the project just as much as we all were”.

The Divine 160s are controlled via a Pharos TPC and EXT, and the system has a custom touch screen for users within the castle that can also be remotely accessed by the team at On Events without attending site. 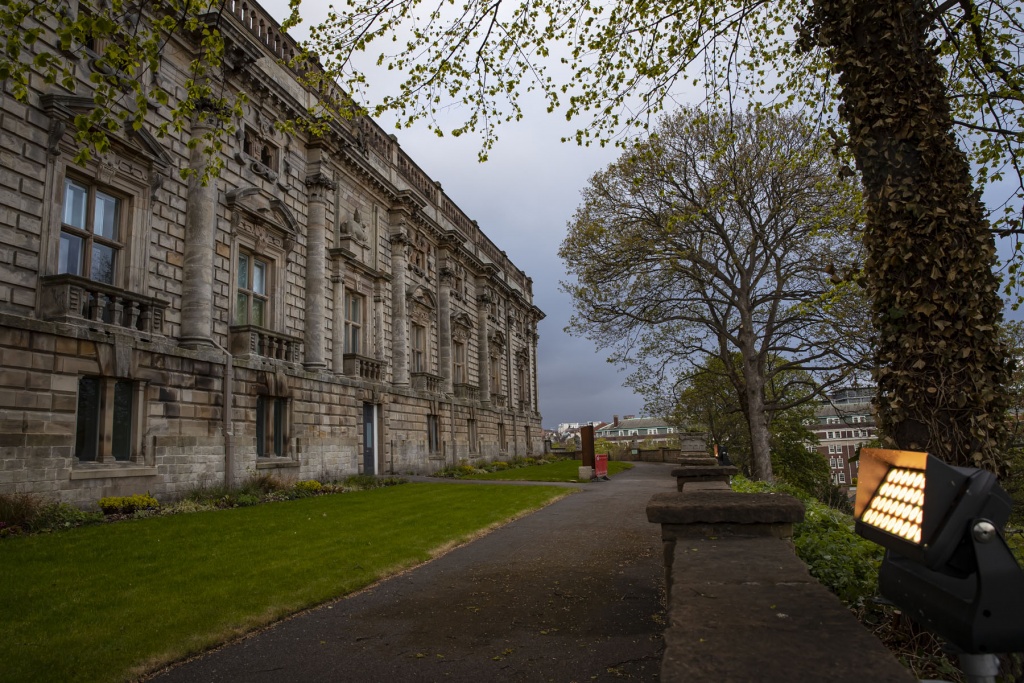 For additional flexibility, the Castle lights are running via Art-Net and can be connected to an external controller e.g., one that might be controlling a concert or an event show lighting system, allowing them to be synched. They can also be aligned with the nearby Council House’s lighting scheme for special events like New Year’s Eve and the city’s annual Light Night.

The default nightly setting for the lights is a slightly warm white, a bit of a tungsten touch that blends seamlessly with and beautifully complements the yellow sandstone of the walls. 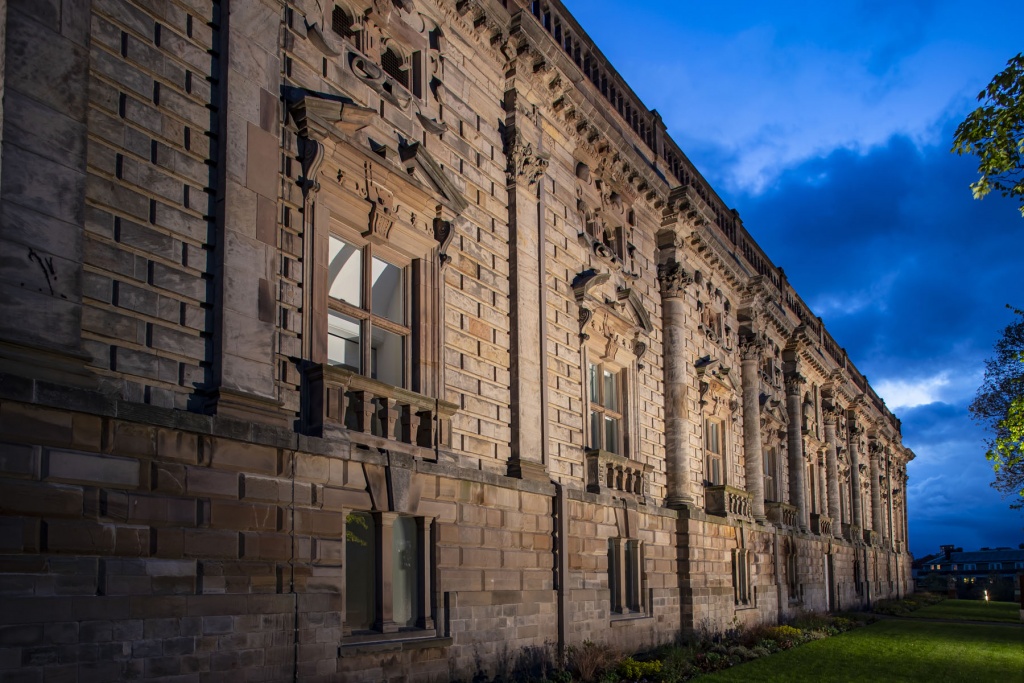 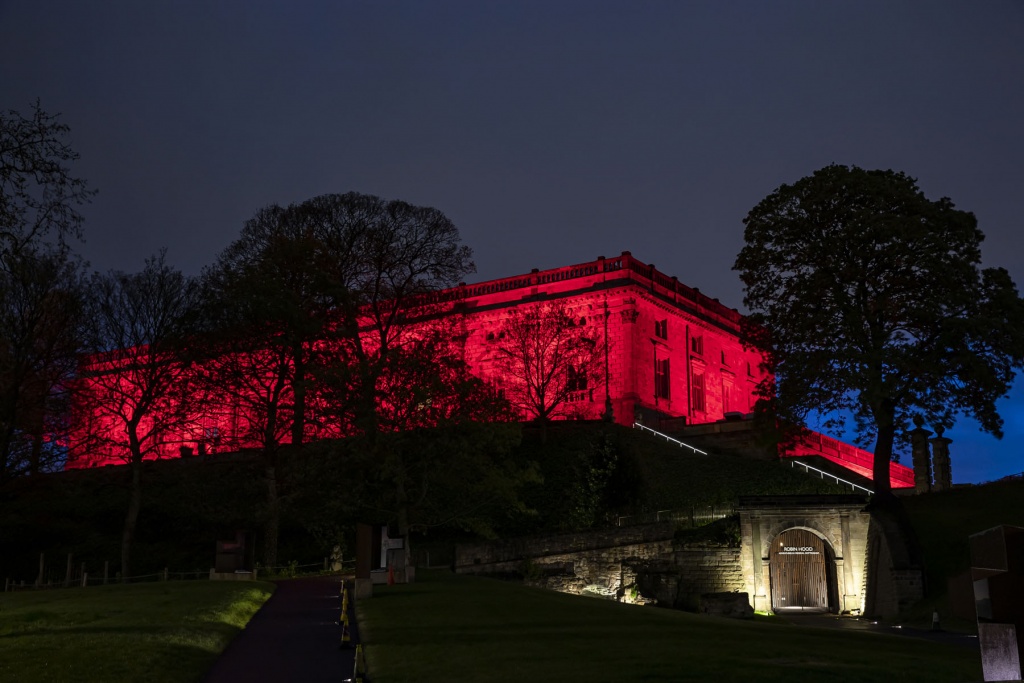 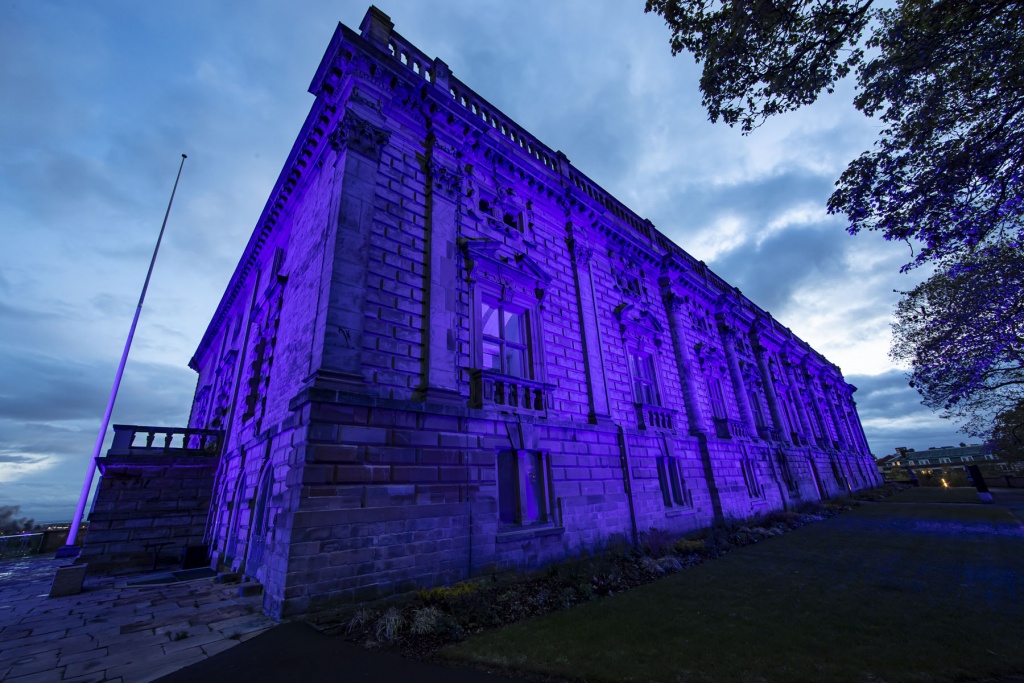 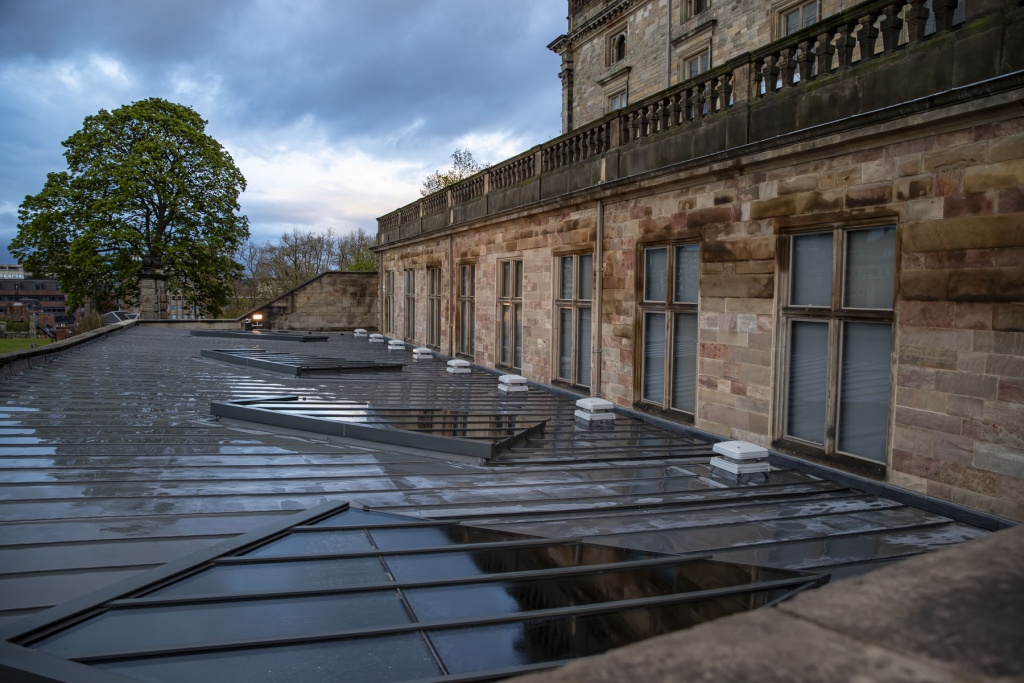 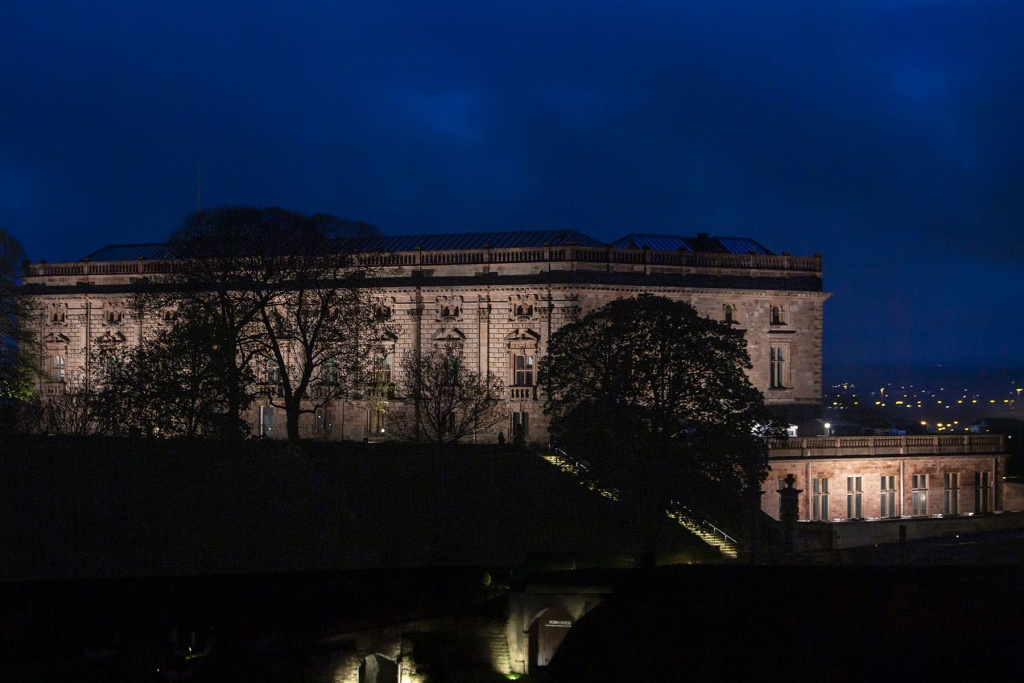