Anolis Illuminating the Base 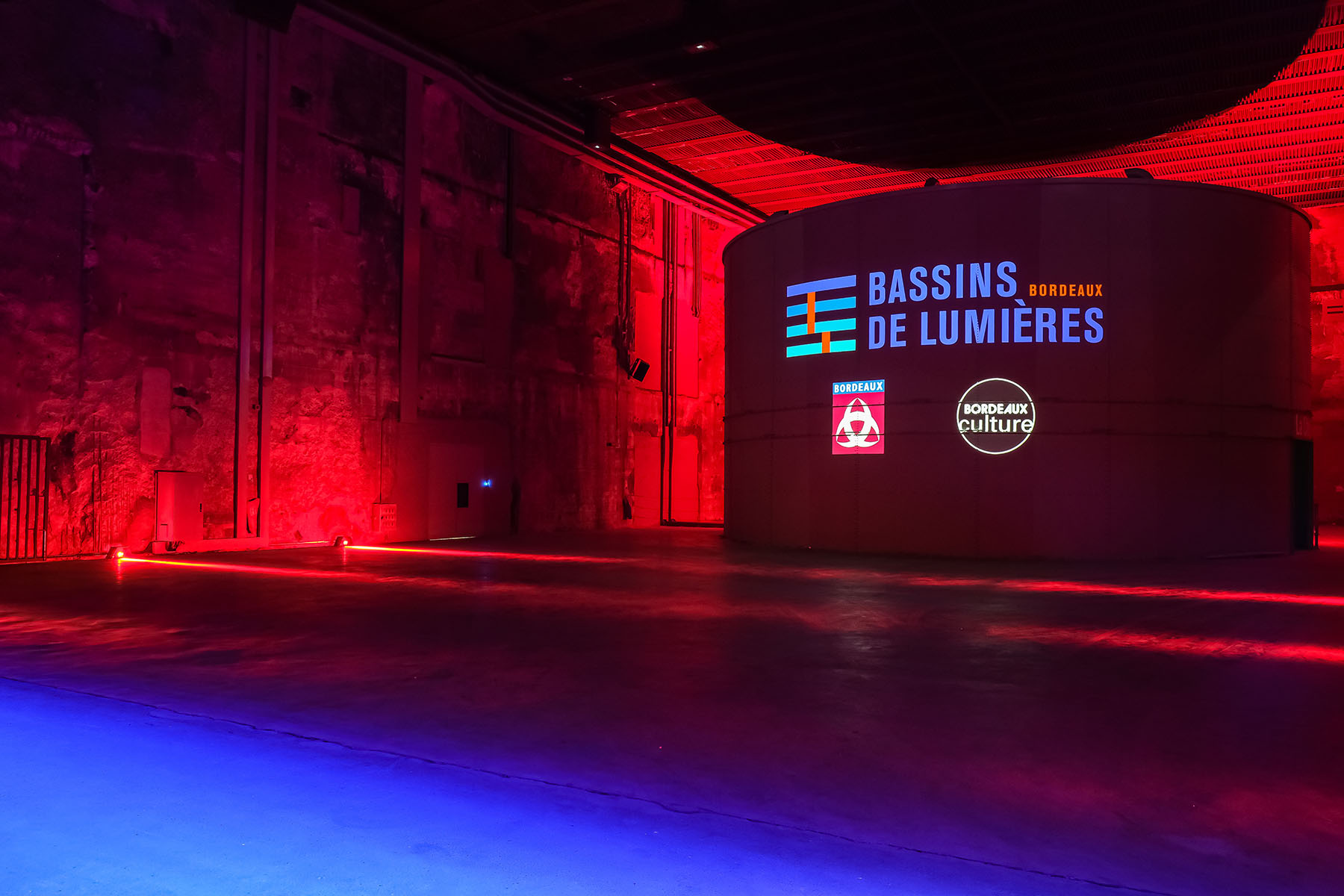 Over 160 Anolis LED luminaires have been used to illuminate public and connecting areas of the Les Bassins de Lumières, an imposing former World War II U-Boat bunker in Bordeaux, France. Originally known as ‘Betasom’, four of the 11 vast submarine basin areas have been reimagined by private organisation Culturespaces for use as a stunning and provocative sanctuary for immersive digital arts and mixed media installations.

Nicolas Valette from lighting design practice 4eleven was asked to create a lighting scheme that highlighted the internal architecture of these impressive 115 metre long water-filled bays which have a draft of between 9 and 11.40 metres – with a tidal allowance of 1.5 meters.

Each of these is separated by a 6-metre-thick concrete wall. In their former incarnation, each of the four giant basins could accommodate two submarines.

Nicolas found a stark and raw beauty in the functional, brutalist concrete structures, and set out to create a dialogue and interaction between light, shadows, and illuminative texturing.

The walls, ceilings and the water are often used for giant projections of artists’ work, so the internal lighting had to compliment these and also function in a standalone context for visitors to see and appreciate this incredible space with its amazing story when there are no large-format projection exhibitions.

“My starting point was first to visit and feel the ambience and emotion inside, taking into account that while lighting was not the major element, it had to be highly effective,” he explained.

Nicolas and his team do a lot of work in the live events sector, and he was able to merge the two different worlds of architectural and events lighting in this dynamic environment which had so many stories to tell.

He needed IP rated fixtures as they are close to the water, a dank, damp atmosphere permeates the space and the humidity levels are always around 80%.

The fixtures had to be expedient in size and unobtrusive to visitors as they walk around, so he needed light sources that were efficient, looked great, had a high-quality output and were not over-complicated.

A few months before starting the project he visited the Robe France HQ in Paris and looked extensively through all the Anolis products and options on which he comments, “It’s a very clever range with many possibilities”. Already familiar with Robe’s entertainment ranges, he was naturally interested in the architectural ‘sister’ brand which is well known for its robust build quality and refined output.

He then visited Betasom for the first time, assessed everything and thought that Anolis would be a perfect solution for the design he had in mind.

The Bassins de Lumières exhibition area is separated into four sections, so he arranged thorough on-site tests with all the Anolis fixtures he had chosen to show to the client how the final design would look and work.

Dealing with areas of 13,000 square metres plus, lighting plots, photos and renders are simply not enough to give a realistic impression! You must be there and see it for real!

Twenty Anolis ArcSource Outdoor 24MC RGBW fixtures are dedicated to lighting walls and 24 x ArcSource Outdoor 16MC RGBWs with different lenses are deployed to graze up the concrete columns and highlight arches in the walking areas.

These IP67 units are from a family of tough, compact multichip fixtures, offering excellent output with a wide range of available lenses / optics.

Then there are 30 x Anolis ArcPar 150 RGBWs with barn doors for precise shutting, which offer both CMY and RGBW colour mixing, and are further augmenting the walking areas as well as lighting a stage area.

He feels that Anolis offers “a perfect fusion of the best elements from both architectural lighting and entertainment lighting fixtures, proper ‘architainment’ products” in terms of extremely efficient fixtures with all the famous Robe expertise and service as back-up.

The biggest challenge of lighting the project was being discreet without revealing a lot of light sources which involved some smart thinking and clever concealments so visitors would not notice they were there and the effect would not hinder any of the digital exhibitions and artwork.

The Anolis fixtures plus other lights in the scheme were installed by integrators Audiopro based in Mérignac. All were first programmed on a grandMA2 console and the relevant DMX values then transferred to the Modulo Pi media server / show controller which runs lighting and other elements around the building.

About the Submarine Base

Betasom was one of five bases built on the Atlantic coast during World War 2 and could house up to 30 submarines.

Initially during the occupation (of France by the Germans), it was used by the Italian Royal Navy. Its code name was "Betasom" ‘Beta’ as the initial Greek letter from Bordeaux, and ‘som’ for “sommergibili” Italian for submarine!

After the Cassabile Armistice in 1943, the five Italian submarines in residence at the time were seized by the Germans.

The building comprises a 245-metre-long reinforced concrete block which is 162 meters wide and 20 meters high with a 48 × 73-meter bunker tower attached. It houses eleven cells or bays for the subs, measuring between 100 to 115 meters long, seven of which can accommodate one submarine and four which can accommodate two.

The whole area was covered by a 3.5 meter thick reinforced concrete roof and then by a second slab which is 2.10 meters thick. From 1943, with the increased range of Allied bombers delivering more powerful bombs, the Germans reinforced the roof by building a Fangrost screen above – a set of 32-ton concrete beams placed parallel, spaced 5 to 6 meters apart and covered with other smaller beams placed perpendicular to the first ones. This device caused bombs to explode before reaching the slab. It was a massive engineering project completed in August 1944.

The last two remaining U-boats left Bordeaux in August 1944, three days before the Allies occupied the base on 25 August! 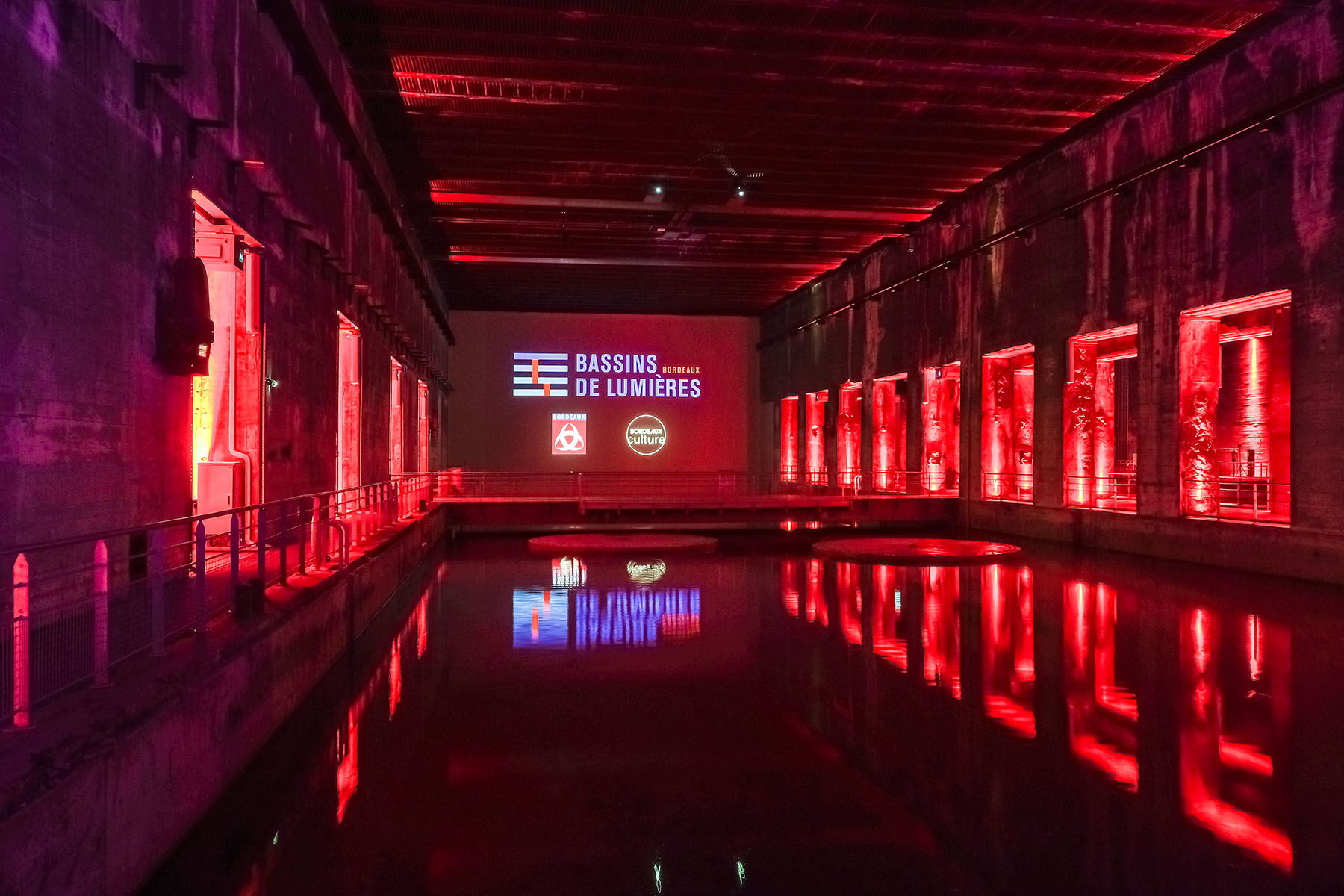 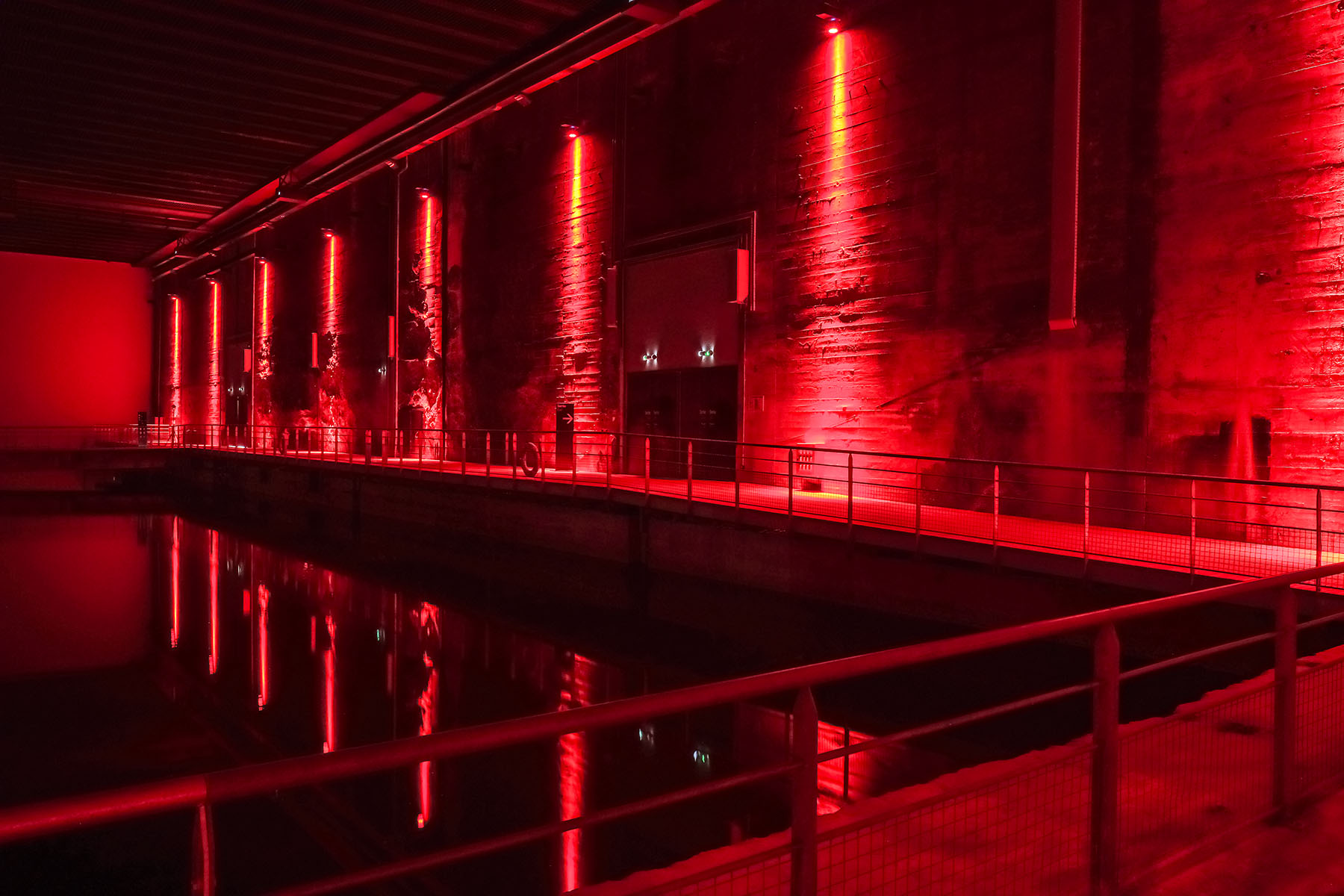 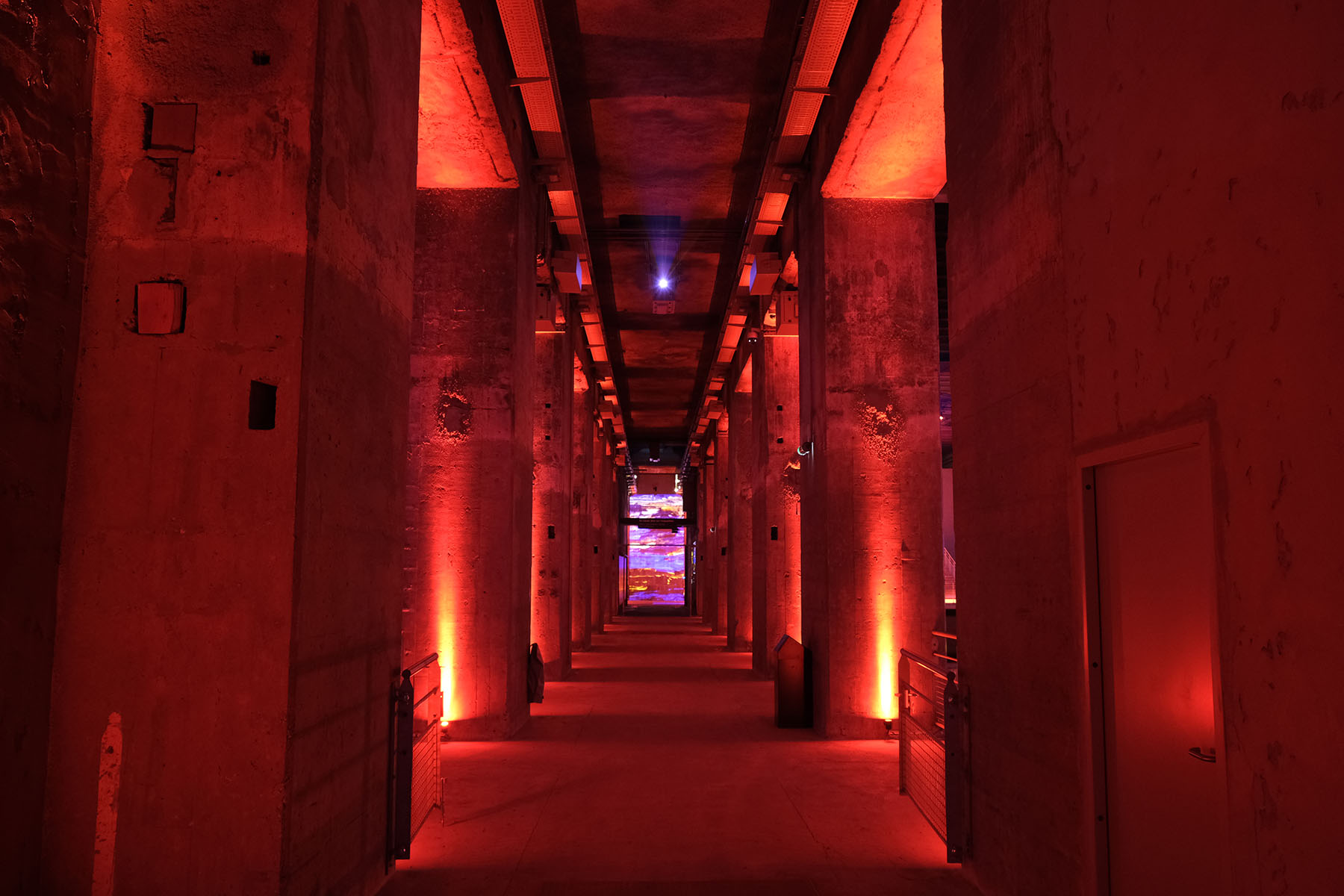 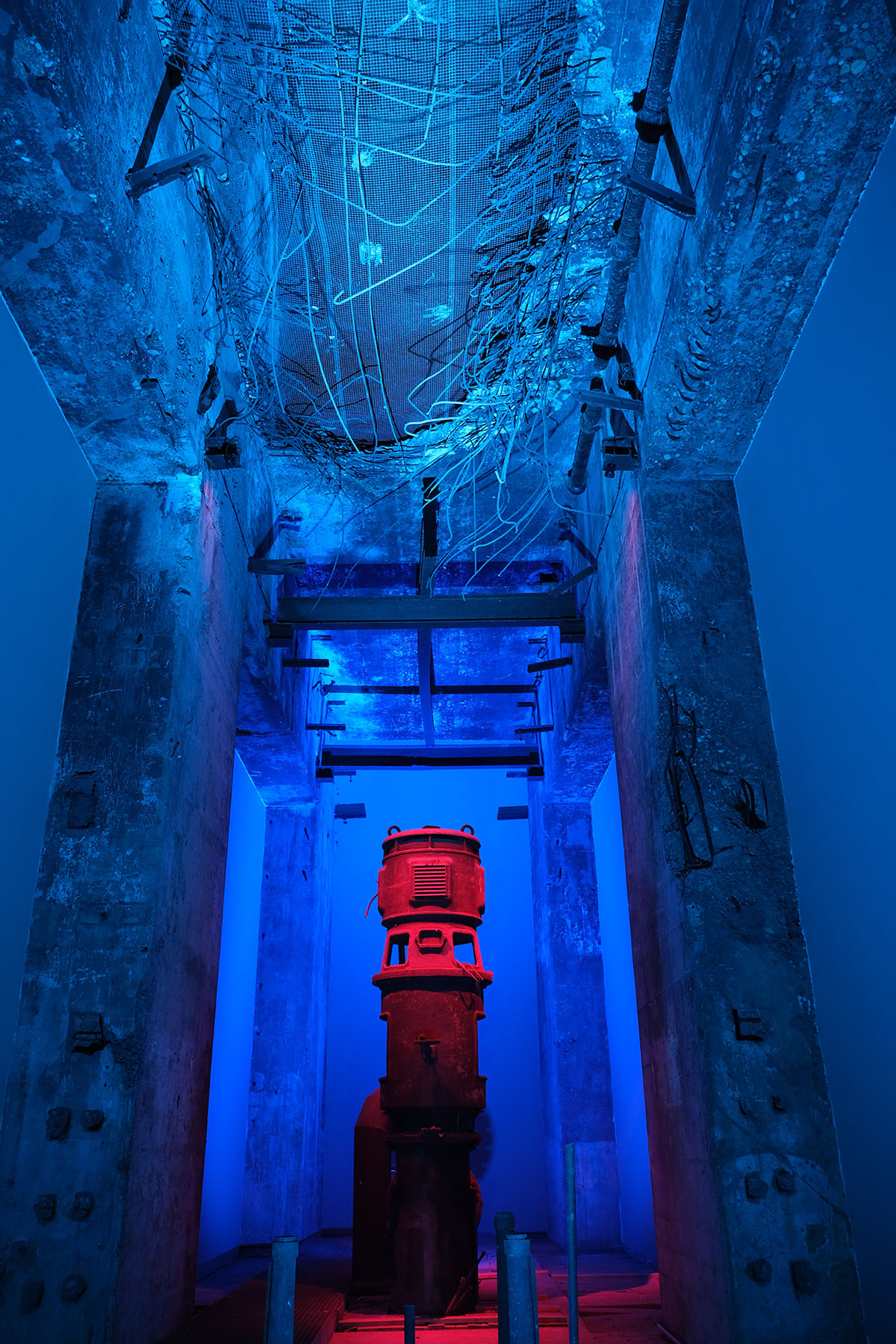