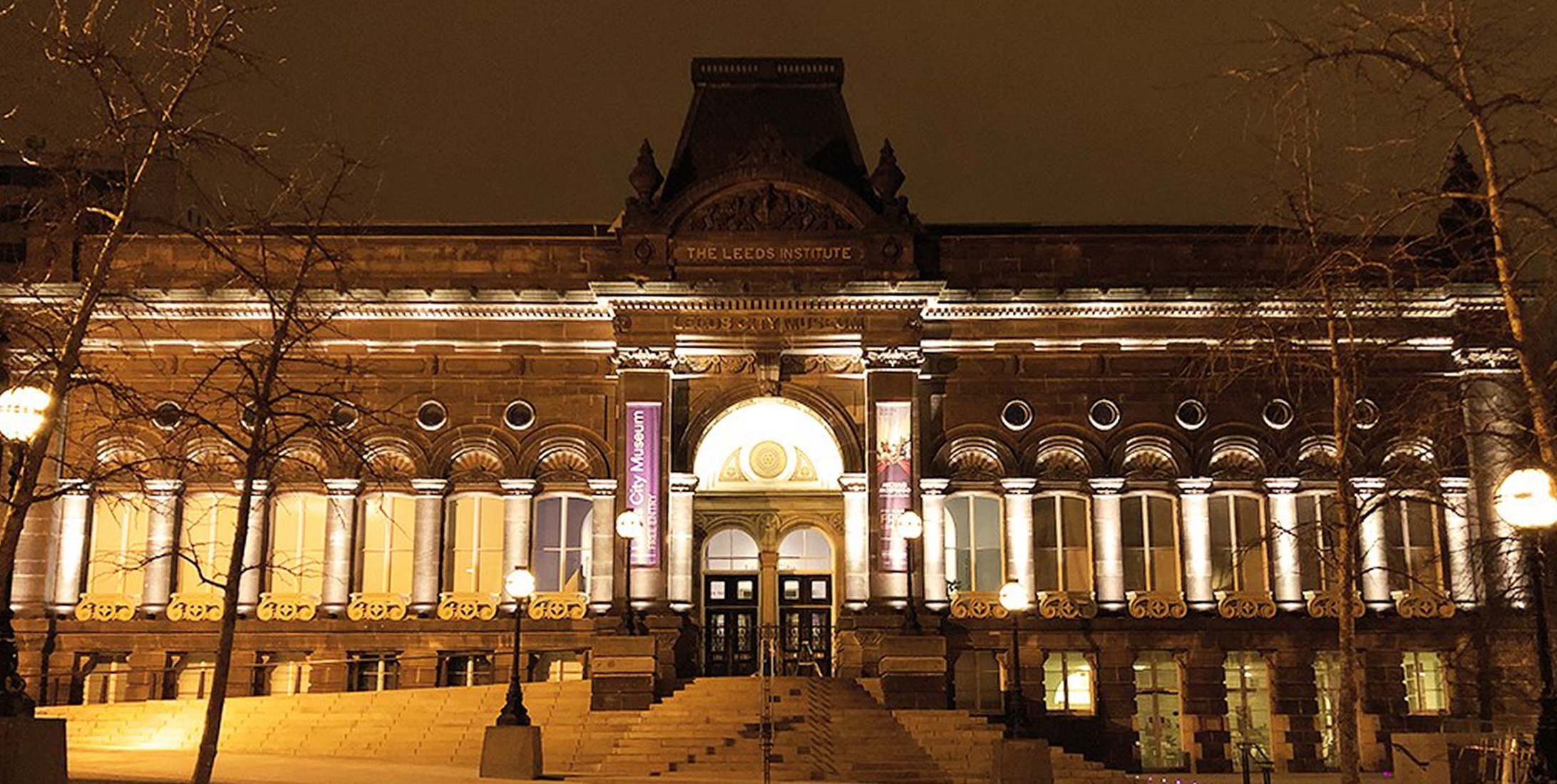 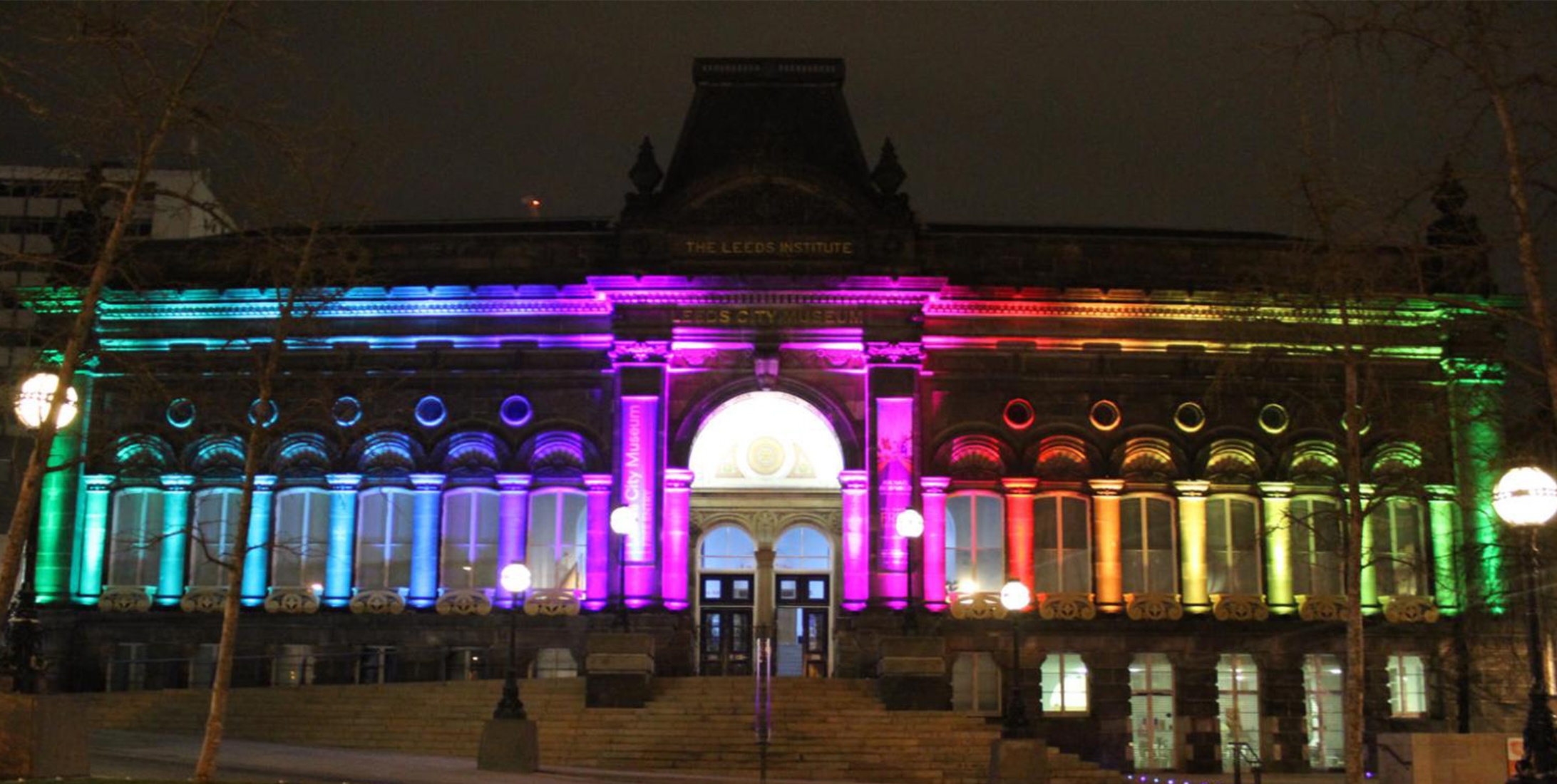 Leeds City Museum is a Cutherbert Brodrick designed Grade II listed building in the heart of the city. Initially the headquarters of the Mechanics Institute and now houses many diverse exhibits that tell the rich history of Leeds.

Leeds City Council contacted Anolis to replace the existing lighting scheme consisting of 20 metal halide units with an energy efficient, colour changing LED system.
After a live demonstration by Anolis Business Development Manager Phil Howard, the compact and powerful ArcSource Outdoor 16MC units configured in a super tight 7° beam angle were selected as the perfect fixture for the task. With an output of over 1,200 lumens from the 4 high power RGBW LED’s, the units have the power to uplight the columns.

20 units painted in discreet matt black were used on the façade of the building with a fixture at the base of each column. Particular care was taken to fit the new units into the existing installation points as the Grade II building status prevented significant changes to the façade. The units are also extremely energy efficient, typically consuming a maximum of 36 Watts each, approximately 720 Watts for the whole scheme.

A narrow beam angle was needed to precisely light the columns and the beautifully carved cornice without overspill.

The primary lighting scheme used nightly by the museum is a classical warm white light but with a touch of the controls the whole façade can be changed to any desired colour for special events throughout the year including the “Light Night Leeds” festival. This is an annual event where many of the cities famous buildings are lit with projections, vivid colours and different displays. The City Museum was able to fully participate in the festival for the first time using the newly installed Anolis fixtures.

The team at Leeds City Council were impressed by the quality of the light and how vivid the colours were as the building gets a new lease of life with a modern lighting scheme. 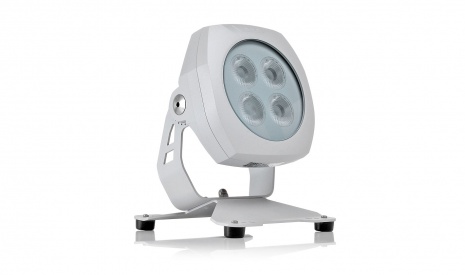 Add to Project or Add to Compare
ArcSource™ Outdoor 16MC

The University of Sheffield, UK